I was a track designer and artist on Need For Speed Rivals which was GHOST Games take on the franchise. During production I was responsible for taking several roads from whitebox through to final art.  My responsibilities were:
The world for Rivals was built using DICE'S Frostbite Editor. 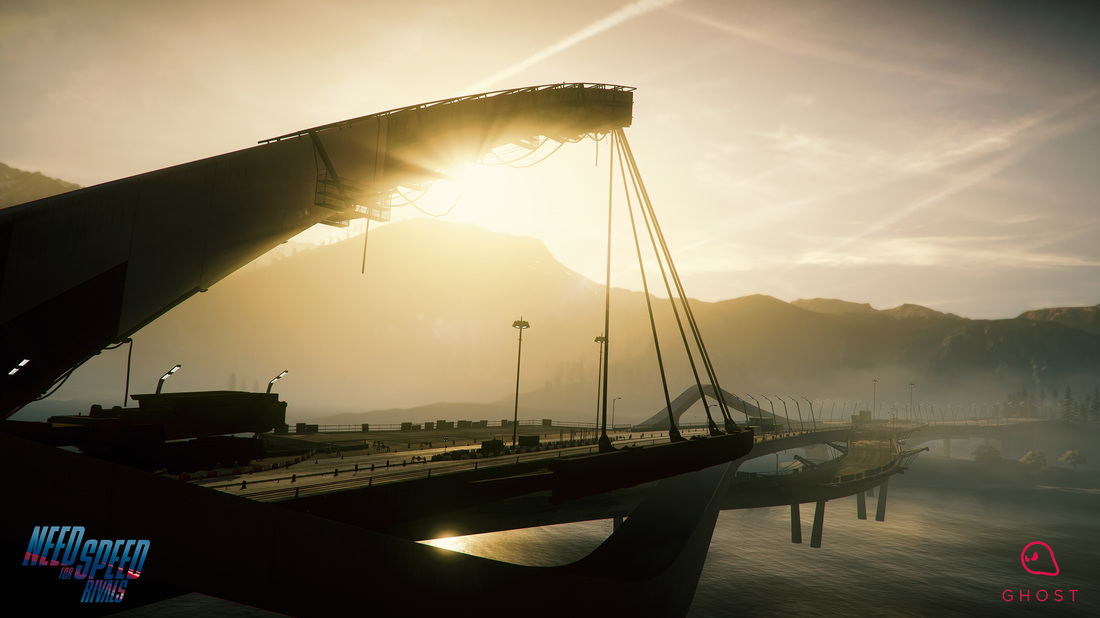 I built the whitebox gameplay  for the huge modern bridge that sits at the center of the Rivals world.  Players can drive up the supporting structures and there are multiple alternate routes underneath the bridge.  In the finalised art version the largest supporting frame was changed but the rest of the structure remained how I originally designed it. 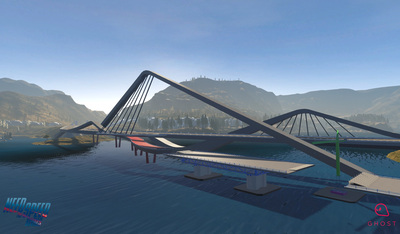 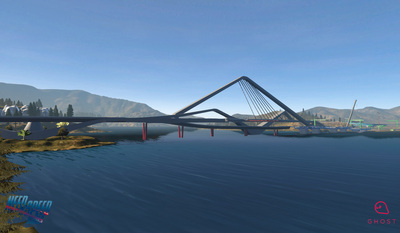 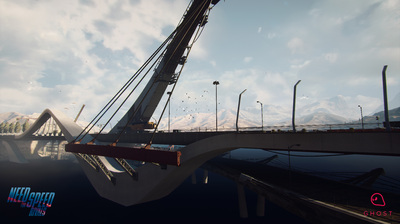 On the following roads I was responsible for track and gameplay design, near terrain sculpting, scene management and visual polish. The majority of the assets were briefed by me and created by outsource artists. 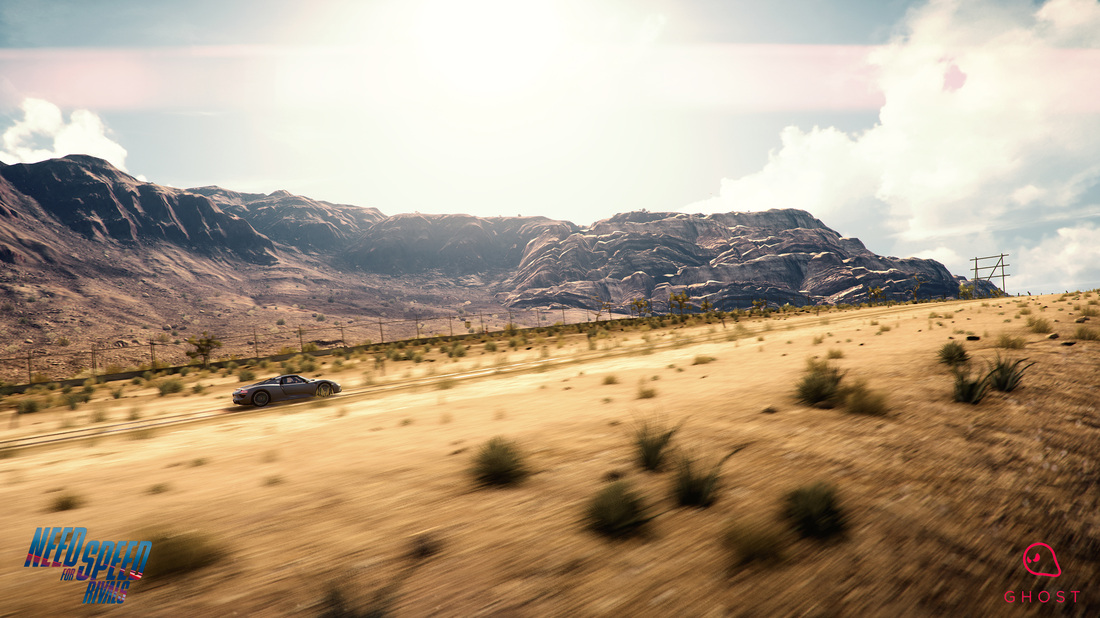 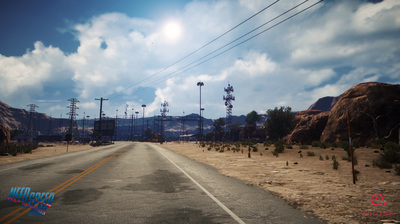 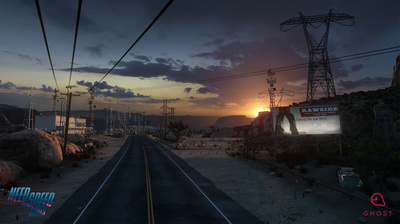 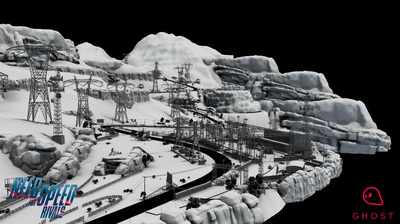 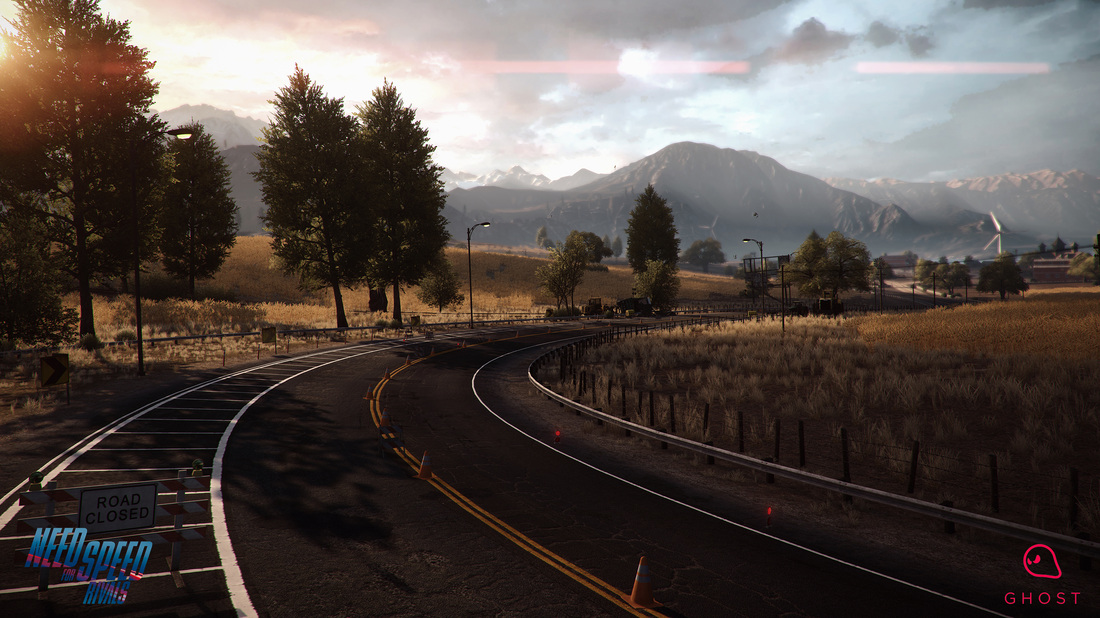 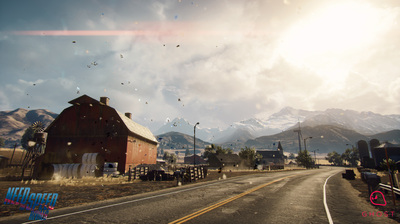 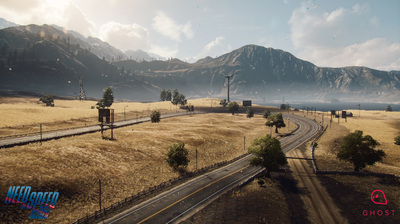 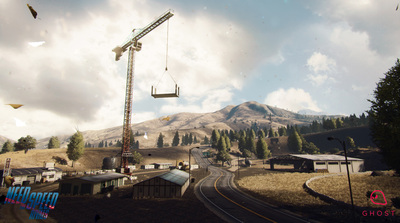 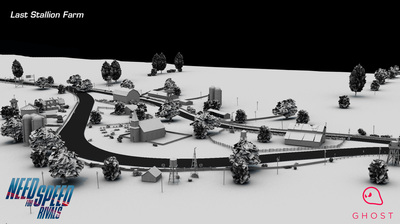 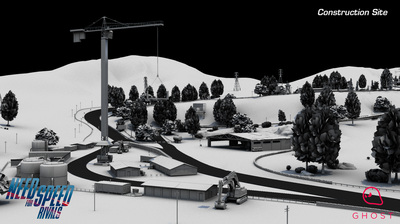